For my third visit back to Melaka, I decided to drop by the island country of Singapore.

After the early morning flight with Cebu Pacific, we landed in the new Terminal Four (T4) of Changi Airport. Because we landed at the wee hours of the morning, the T4 is pretty relaxed. I decided to take a quick stroll around to  see the terminal features.

I was sad to see that the PetalClouds weren’t moving. It was the attraction that I was most excited to see. I headed up to the departure areas to see the fully automated check in counters. While the technology is amazing, it seemed rather cold. I feel like there is something comforting with a smile of a human being.

From T4, I had to take the bus to Terminal 2 so I can take the train to Bugis Station- the station nearest to capsule hotel where I will be staying for the night.

With roughly 24 hours to go around the city, I wasted no time. After securing my things and freshening up in the hotel, I walked towards Merlion Park.

The capsule hotel was located along Beach Road. From there, it was roughly a one and a half kilometer walk. But since the sun hasn’t started blazing in all its glory, the trek wasn’t that bad. It is good exercise!

On my way, I also passed by the Civilian War Monument and the Esplanade.

When I reached the Esplanade, I was surprised. At that early time, a huge crowd of tourists had already flocked from that area up to the Merlion Park.

I walked across the Esplanade Bridge to get to the enormous half-lion-half-fish statue. I took a few pictures and looked for a spot to rest my legs for a bit. As I relaxed and enjoyed the scenery, I took my sketchbook, pencil, watercolors and watercolor brush and try to capture that moment with a sketch.

Twice, I was approached by groups of young students who asked for help for a survey to which I willingly obliged.

After a few minutes, I decided to continue exploring. From the Merlion Park, I hiked back to the Esplanade, then walked to the Marina Bay Grandstand and to the Helix Bridge until I reached the bay front area.

I had a quick lunch in the food court at The Shoppes at Marina Bay Sands. After a heavy meal of bak kut teh, I looked for the way to get to Gardens by the Bay which is in the other side of Marina Bay Sands. 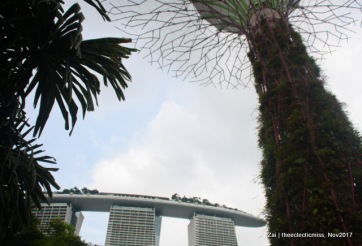 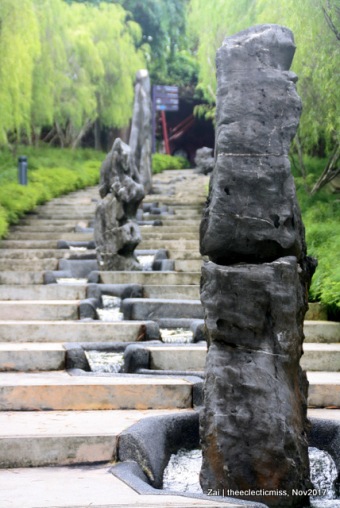 The gardens, indeed, was a refreshing sight from the concrete jungle. Scattered throughout the 101 hectares of land were various plants, trees and works of art. I didn’t visit the Cloud Forest and Flower Dome since I only intend to just walk around for a short time. A trip here would be a great experience for a family or even a group of nature-loving friends.

From Garden by the Bay, I took the Downtown Train from Bayfront Station to Telok Ayer Station. From there, I walk towards the Chinatown area.

And, this was the part where I got a bit lost. While I do have Google Map in my mobile devices, I still got confused with the roads and directions. Sadly, the data of the sim I bought was acting up. And with that, finding my way around got extra challenging. I wasn’t good with reading maps. During trips with the family, I usually rely on my sister.

Tired because of the noon time heat and worried that I got way off from where I intend to be, I sought refuge at a Ya Kun Kaya Toast outlet. In between sips of tea, I studied my map and tried to figure out where was I. In a few minutes, I was back on my feet trying to find my way around the city. 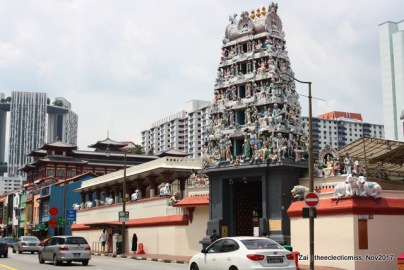 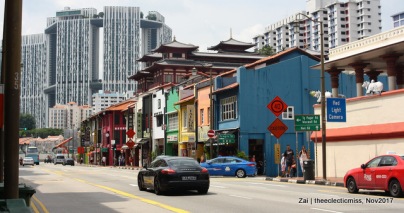 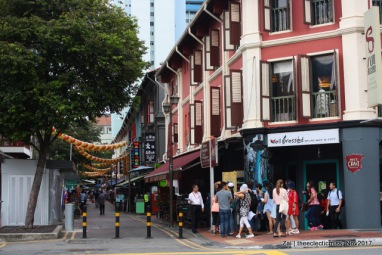 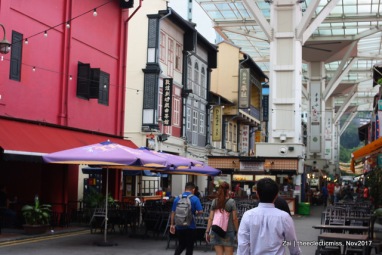 Eventually, I reached South Bridge Road where a few of the sights are situated. I missed several attractions that I planned to see. However, I still managed to find the Tong Heng Pastries shop where I bought egg tarts, barbecue pork crisp and Chinese cake with red bean paste. Yes, priorities! My pastry loving heart skipped with joy! 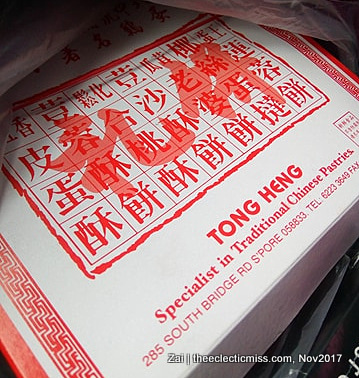 A box of goodies from Tong Heng Pastries, Singapore

I would be meeting a friend in Vivo City that evening. With barely four hours of sleep from the flight, I needed to get some rest. After buying the goodies, I walked to the Chinatown station. I passed by the Michelin-starred Soya Sauce Chicken Shop, Hawker Chan, on my way to the train. Thinking that I wasn’t really hungry, I decided not to buy (even takeaway). Looking back,  I regretted that decision.

The next day, I took a morning stroll from the hostel to Little India. There wasn’t much going in those times since shops usually open at 10AM. But with only a few hours left before I hop on the bus to Melaka, I felt the need to use every last minute to see what I could have missed – I know there are a lot. 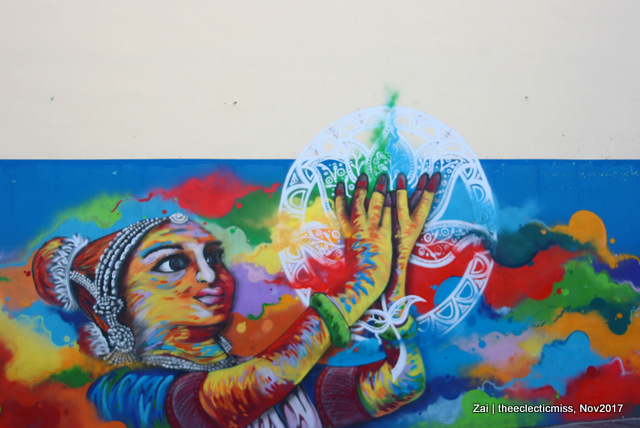 As I look back on that trip, I realized that it was my real first solo trip. I was with Daniel (and his siblings) most of the time during my first overseas trip. Apart from the few hours with my friend Wyn in Vivo, I was alone. I have no problems with solitude but being in a foreign land can really challenging, and confusing. But there are something about that challenge and confusion that pushes you to be better at it.

Now, I am already listing the things that I will do when I go back. Here are a few of what I have noted:

What else should I add? Feel free to comment, if there are other things that I should have seen, experienced or eaten in Singapore.