This is the most awaited event of the first quarter of the year for me and my sister. After seven years of attendance for me, and four for my sister, Pasinaya has become somewhat a tradition that feed the art-loving part of us.

Pasinaya is an open house festival where every possible area of the Cultural Center of the Philippines is used for film showing, live performances, exhibits, and workshops. With their partnership with the Museum Foundation of the Philippines, the festival is extended to nearby museums and art galleries. For a minimum donation amount of PHP50, you are free to watch what ever you want.

Despite the huge crowd-an introvert’s nightmare-we still head to the Cultural Center of the Philippines the annual feast for the senses.

This year’s Pasinaya was extended to two days. Workshops were scheduled on Saturday, February 4 while the shows and performances were on Sunday, February 5. Sadly, I wasn’t able to attend any of the workshops. I wanted to check out those related to visual arts and film.

Teatro Ekyumenikal performing a scene from – A SCENE from “Maleta, Kahon, Karatula” 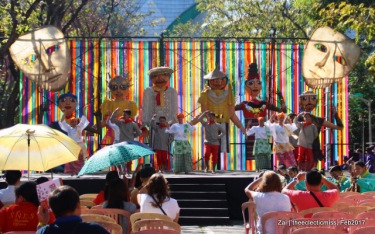 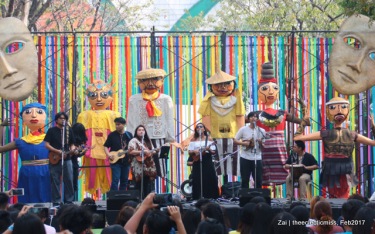 For this year, we were excited to witness the performance of the UP Pep Squad. This will be the first time we will see them perform up close and live. 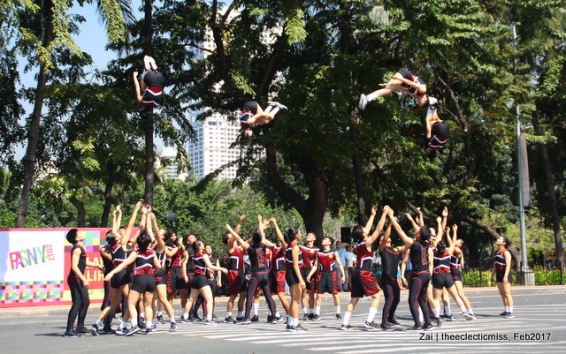 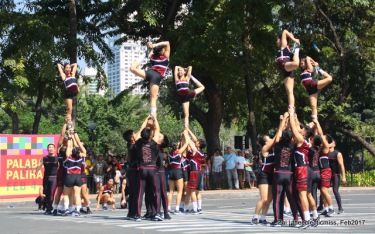 As always, we lined up for the shows of the resident groups in the main theater. Tanghalang Pilipino showcased the opening scene of their show Eurydice. For their performance, Philippine Madrigal Singers, a definite crowd favorite, sang popular Filipino folk songs (Bahay Kubo, Sitsiritsit), Iisang Bangka, and their well-loved version of The Coconut Song (Da Coconut Nut). 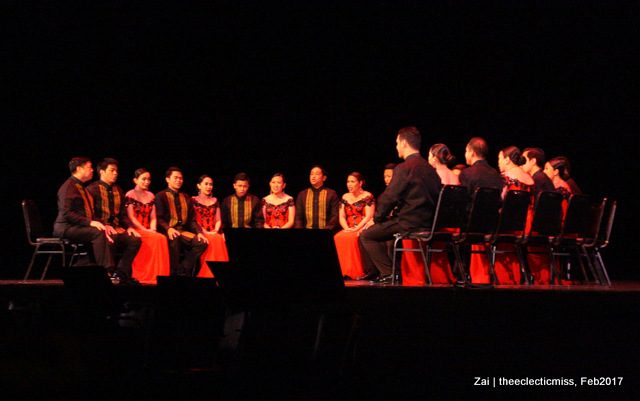 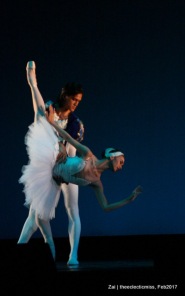