They say “the best things in life are free.” After grabbing the chance for a one year iflix subscription through a telecommunications company, I wasted no time in selecting shows or TV series to watch.

What got me excited the most is the selection of Filipino films available. Despite interest on films, I wasn’t an avid movie goer. Now, I an glad for sites like this that could allow me to catch up with what I missed – especially the critically acclaimed films. 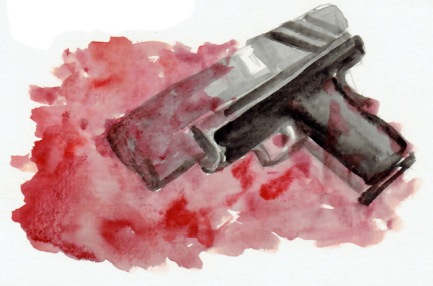 First on my list is Erik Matti’s 2013 film OTJ. I have heard about it through a friend who is also an editor in the campus paper in college. In his review for the paper, he raved about the film which in turn, piqued my interest.

Years passed, I never had the time or means to watch the film until now.

OTJ, which stands for  On-the-Job, is a crime thriller which starred Joel Torre, Gerald Anderson, Joey Marquez and Piolo Pascual.

In the movie, two inmates are let out from the prison as contract killers. Mario, who is usually called Tatang, (Torre) mentors Daniel (Anderson) as he will soon be paroled. PO1 Acosta (Marquez) tries to solve these high profile-assasinations but was forced to pass it to NBI lawyer Coronel Jr. Soon, Acosta and Coronel realized that they have to unfold the web of corruption involving prominent figures in the government.

It was initially showcased in the Director’s Forthnight in the 2013 Cannes Film Festival.

The film was heavy, dark and gritty. There was no attempt for forced humour which is something I usually notice in Filipino films. The pace was good; there was never a dull moment.

The movie brought out the acting chops of their actors. Torre, as always, delivered in his portrayal of Marion, the middle aged man desperate in various degrees – to support his family, to be free, and to survive post-parole. Anderson proved that he is not just good looks with his take on the rugged and reckless Daniel. While he looked like a puzzling choice for the role, he made up for it with good acting. Pascual seemed unmemorable in the first parts but his character eventually builds up towards the end. The biggest suprise for me was Marquez. While I still see something comedic in the tone of his voice – which was, perhaps, a product of associating it to his usual work – the anger and desperation his character exuded on the final few sequences shows that he can go beyond comedy. 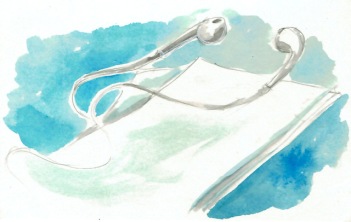 A complete opposite to the action packed OTJ is the 2016 slow film Ang Kwento Nating Dalawa by Nestor Abrogena.

Sam (Nicco Manalo) and Isa (Emmanuelle Vera) are a couple who exemplifies the line “have the right love at the wrong time.” They are in a status where they have mutual affection but could not be together. And as the story progress, circumstances seem to continue hindering them.

This may not be the film for the impatient as the sequences may seem too long and too quiet. This may not also be suitable for for fans of the hugot-filled overly dramatic films as the passion between the two lead never rose from the simmer which the film started with. It may seem like a snooze with lengthy quiet pauses however, actors Manalo and Vera managed to fill those silences even with just quiet stares and small gestures.

In its stillness, it made me think of someone sobbing quietly in bedroom trying to mend their broken heart.

You can catch both films and more through iflix.

The artworks are made using Sakura Koi watercolors on watercolor paper. All artworks in this blog are created by Zai/The Eclectic Miss unless stated otherwise.