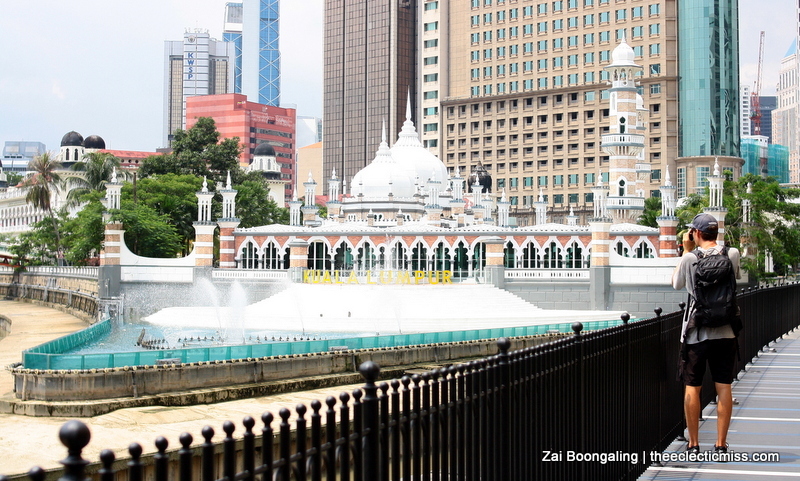 In my past visits to Malaysia, I have always headed to Malacca. This year, I went straight to the capital! I flew late September for an important event. But of course, exploring the city is definitely a part of the itinerary.

Under the heat of the sun I trodded the streets to some of the iconic places of the city. Well, I took the train to the locations, and walked from there. Staying near the KL Sentral station is a big advantage.

I first took the MRT to Pasar Seni, the nearest station to Kuala Lumpur’s Chinatown.

Notable places to visit are Central Market, Kasturi Walk, and Petaling Street. You can also pass by a few temples along the way. A shopper’s haven, you can buy all sorts of trinkets and souvenirs from magnets and keychains to clothing and accessories. 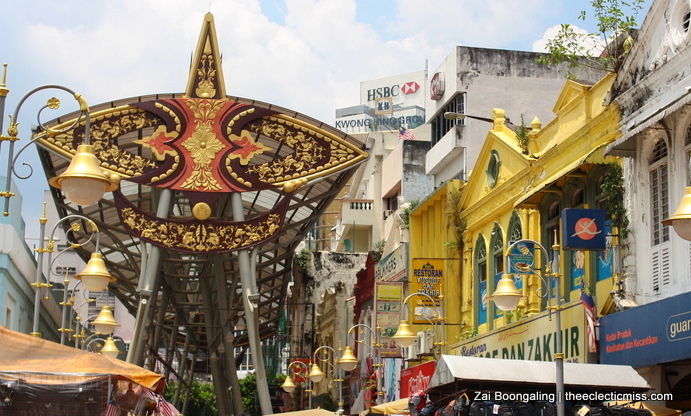 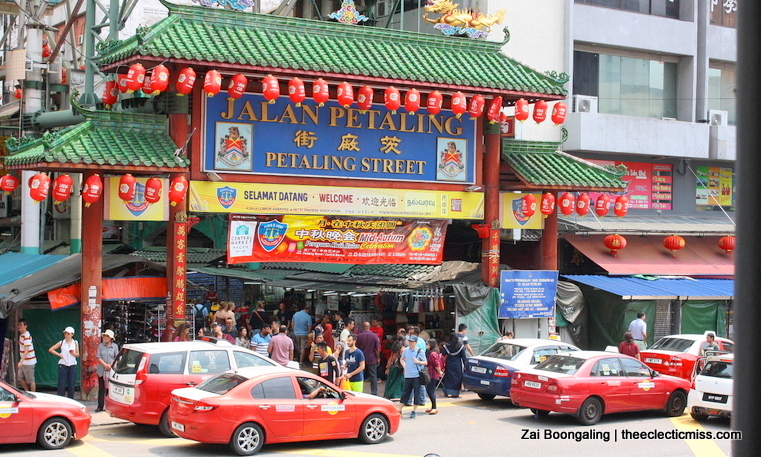 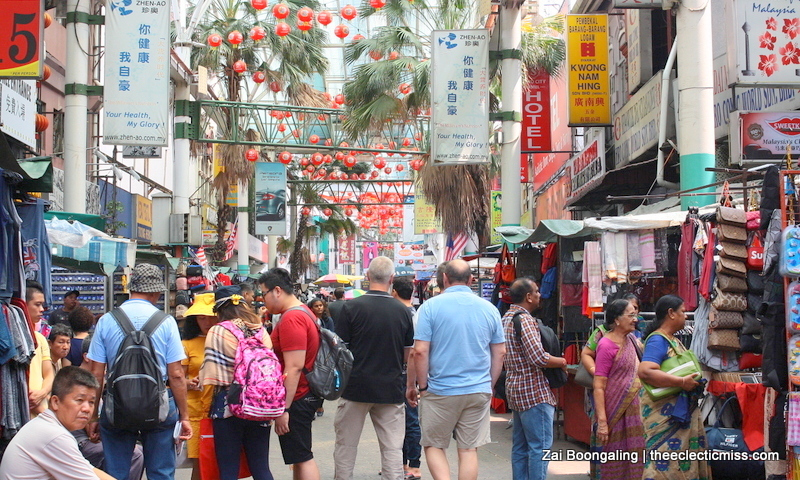 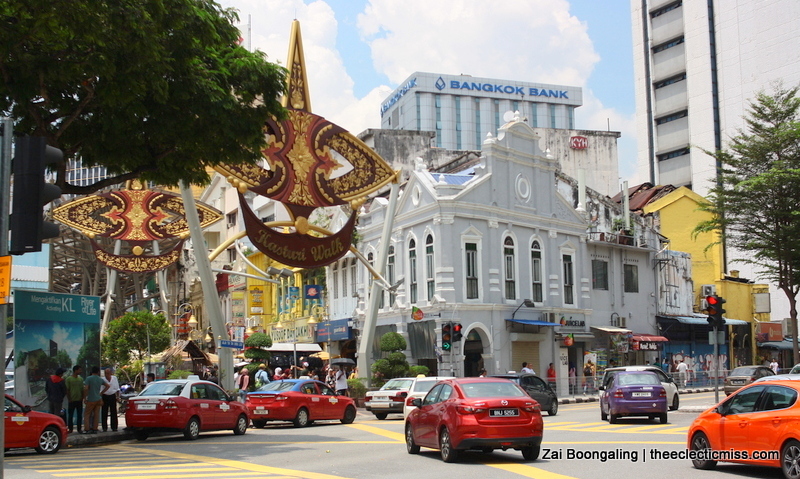 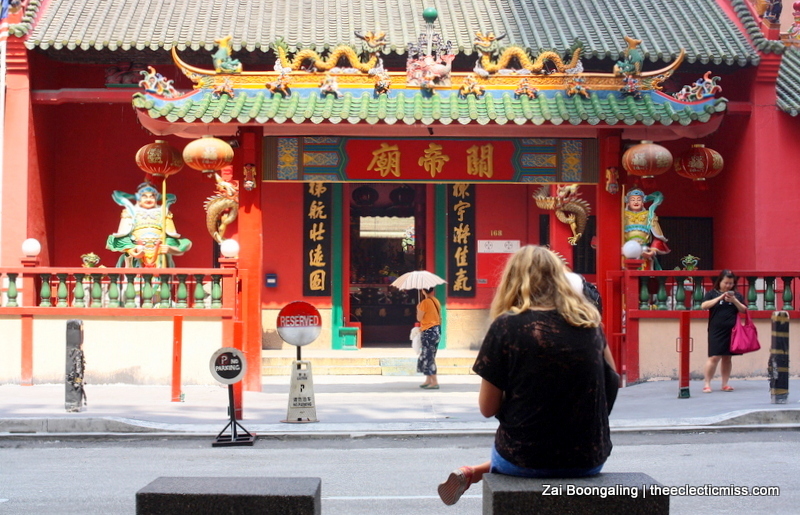 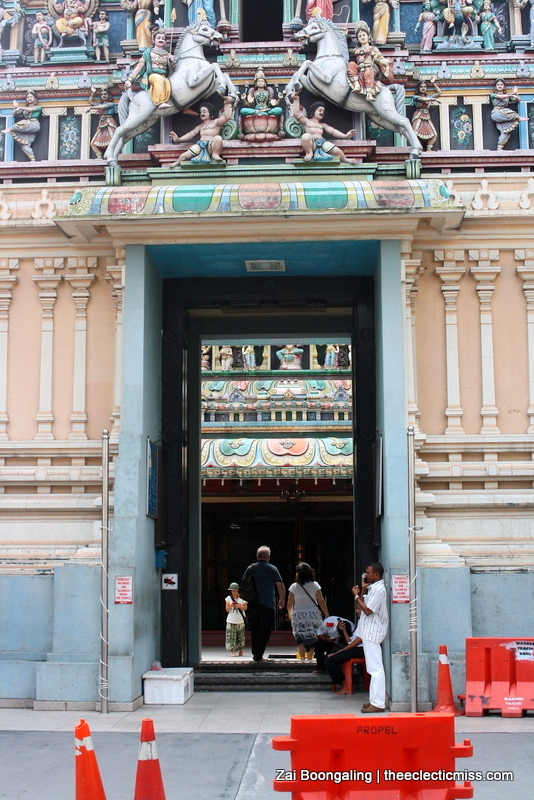 From Chinatown I made my way to Masjid Jamek and the Merdeka Square.

The Merdeka Square is where the Malayan flag was first raised signifying independence (merdeka translates to independence or free). This part of Kuala Lumpur perfect for history and architecture enthusiasts as it showcases the remnants of the British colonial rule with the surrounding buildings. 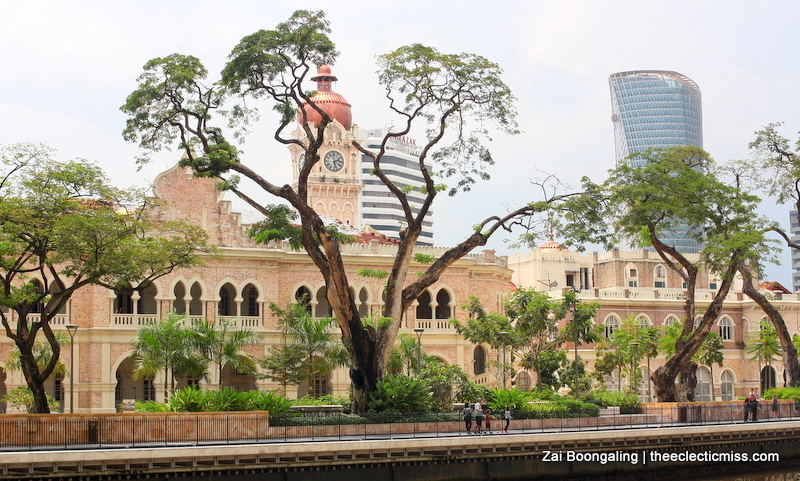 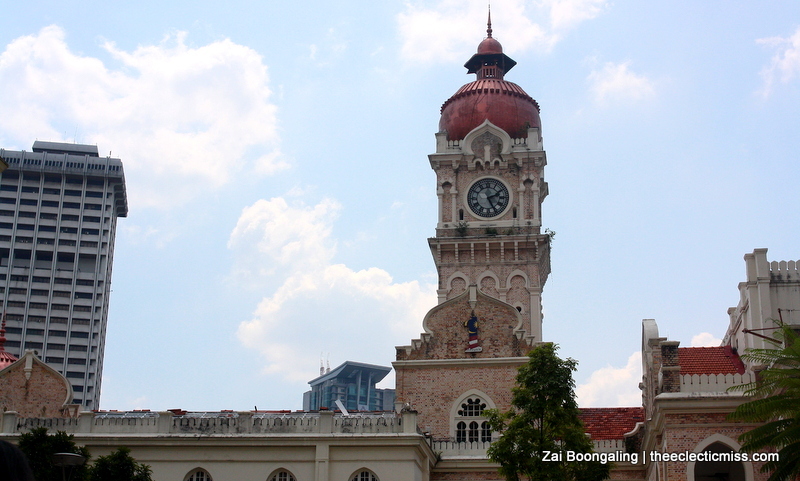 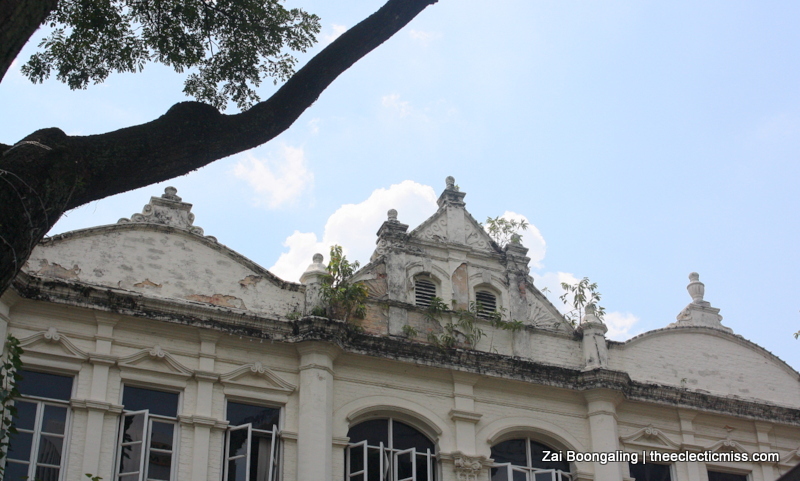 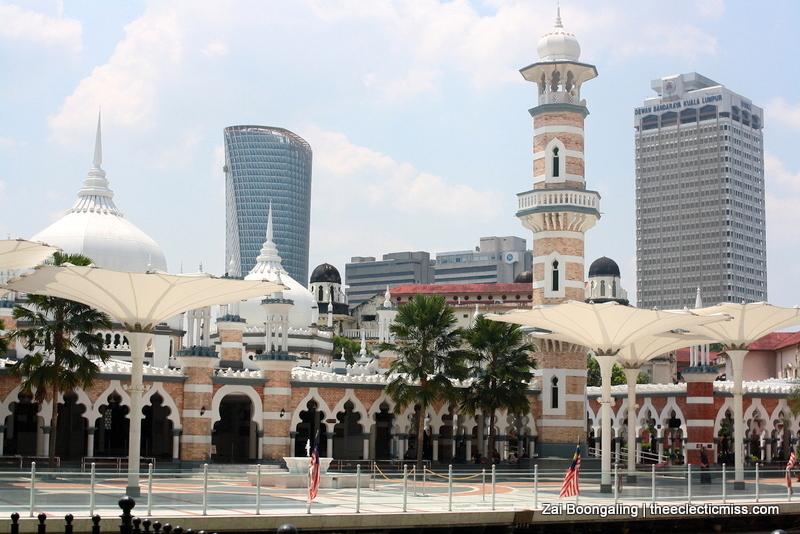 From a historic area, I took the train to visit the more modern part of the capital – KLCC where the famous Petronas Towers are located.

Besides the famed towers, you may also checkout Aquaria KLCC, a massive aquarium at the concourse level of the convention center, Petrosains, an interactive science centre located in Suria KLCC, and the Petronas Art Gallery. You may also opt to relax at the KLCC park and wait for the fountain and light show in during the evening.

After a long afternoon of walking, I bought some food from the Suria KLCC and had a little picnic in the park. I took out my brush pens and watercolors and sketched. As I painted,  I watched the sky turned dark. Slowly, the towers were lit. For a few minutes, I sat there, mesmerized. I couldn’t believe I was seeing that beautiful chunk of architecture. 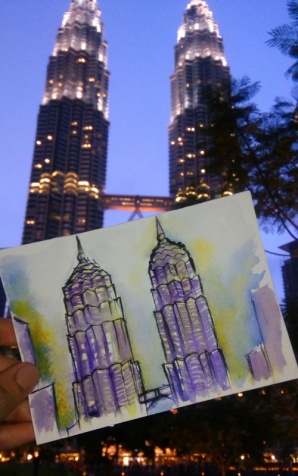 Before it became too dark, I took a quick snapshot of my unfinished sketch. A crowd gathered to the park fountains for the fountain show. I found my way to the train to head back to the hotel, tired but very much delighted.